The Sky Above the First Fleet 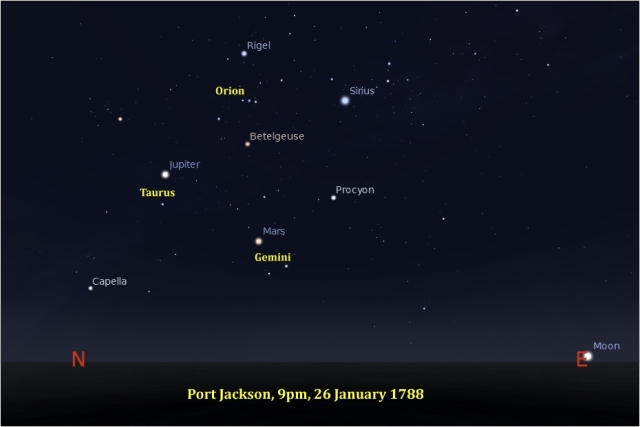 On this Australia Day, think back to the night of Saturday, 26 January 1788. It is recorded that it was clear weather. The sky above the First Fleet at Sydney Cove would have included two bright planets – Jupiter in Taurus (the constellation in which it is currently located) and Mars in Gemini. The Moon, three days past full, would have risen just before 9pm. The constellation of Orion the Hunter and Sirius, the brightest star of the night sky, were also in the sky. The Southern Cross and the Pointer Stars would have been low in the SSE. And no light pollution – dark skies before moonrise. — Mark Rigby