The planetarium is a wonderful looking building and is set in a park alongside the Milan Natural History Museum (which has some wonderful diaoramas). The planetarium is almost all original. The interior with its tiled floor, bespoke chairs and wood panelling exude a warm charm.

The star projector is a Zeiss Mark IV, which was installed in 1968, the only time they have ever done an upgrade. During the war the original star projector was removed from the planetarium and stored in the basement of a church to prevent any damage from ally bombing. This was quite fortunate as a bomb did hit near by, and the original dome caught fire and was burnt to the ground. The rest of the building was saved. 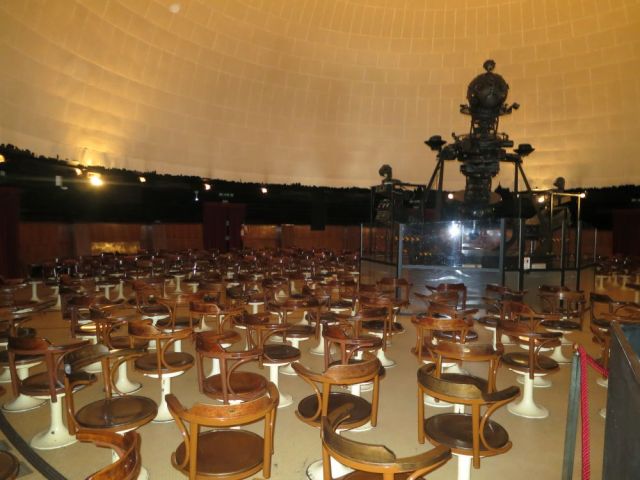 It was great to see and hear their star projector in action and see their night sky. I must say I was well impressed with their control panel. 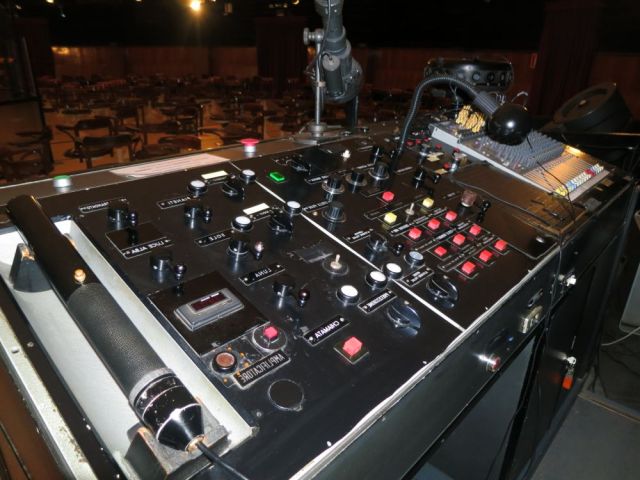 This entry was posted in Uncategorized and tagged Italy, Milan, zeiss. Bookmark the permalink.