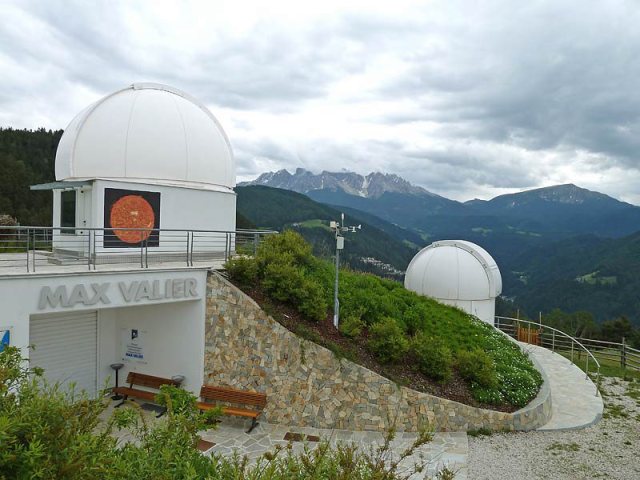 Although I have now returned from my recent trip to Italy, I feel remiss that I never included a post on the Max Valier Observatory in South Tyrol. Located about a 10 minute drive from the Planetarium South Tyrol is the Max Valiers Observatory. This observatory was established in 2002 and contains two domes and a small classroom. It is run by the Association of Amateur Astronomers Max Valier. The larger 6m dome has a Cassergrain reflecting telescope with an 80cm main mirror and an 8m focal length. The smaller 4.2m dome contains the Peter Anich sun observatory with an 190mm APO refractor.

So who was Max Valier? Max Valier, was a pioneer in rocket technology who was born in Bolzano. His early experiments in rockets inlcuded the creation of the first rocket propelled car and rocket propelled sled. Both of which are on display in Deutsches Museum. 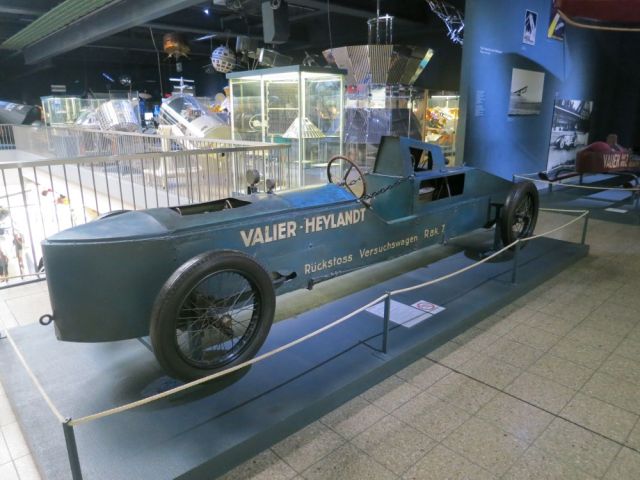 The IPS council visited the Max Valier Observatory during the day and met a few of the volunteers. Then the following night a small group of us went to view the night sky as well as the Perseids meteor shower. It was my first opportunity to see a clear view of the northern hemisphere stars and I was not disappointed. I was surprised by how large and dominant the big dipper appeared close to the horizon. The meteor shower was less rapid than predicted with only around 10 or more per hour. The volunteers arranged viewings of several different objects through the telescopes including the ring nebula, the double star Albireo as well as the Andromeda galaxy. It was wonderful to see these beautiful astronomic objects and made it an unforgettable evening. I would like to thank all the volunteers for all their hard work in making this wonderful facility available to the public.

This entry was posted in Uncategorized and tagged Italy, Observatory. Bookmark the permalink.