A pictorial visit to Griffith Observatory in Los Angeles 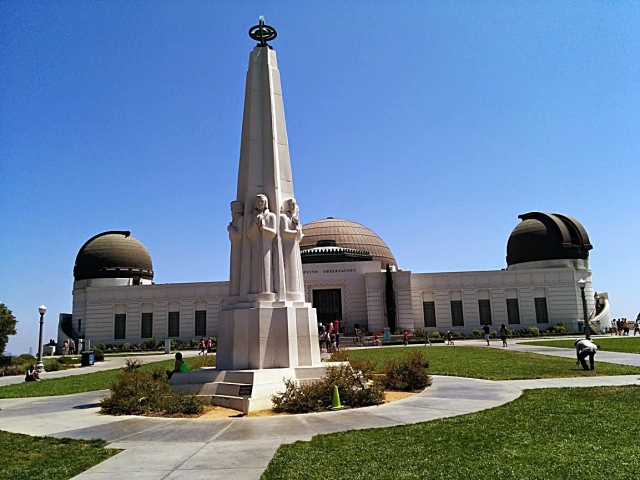 Recently I had the opportunity to visit one of the most famous and most popular public observatories in the world, the Griffith Observatory. This observatory is spectacularly located in the Hollywood Hills above Los Angeles with a view towards the city in one direction and towards the well-known Hollywood sign in another. I had visited the observatory in 1986 and I was keen to see it again as from 2002 to 2006 it had undergone a US$93 million refurbishment.

I made my sleep-deprived way to the observatory by catching the FlyAway bus from the airport to Union Station, from there the Metro Red Line to Vermont/Sunset station and then the DASH Weekend Observatory Shuttle. All up the trip took about one and a half hours.

A panorama of part of the spectacular view from just outside Griffith Observatory. Click for a larger view (as with the other photos in this post). Photo Nick Lomb

Griffith Observatory is highly popular with over two million visitors per year and it was certainly packed out on the warm summer Sunday afternoon that I visited. It is open on six days a week, closed Mondays. Entry to the building and exhibitions is free though there is a cost to see a planetarium show. As the observatory is open to 10 pm each day that it is open there is also free public telescope viewing 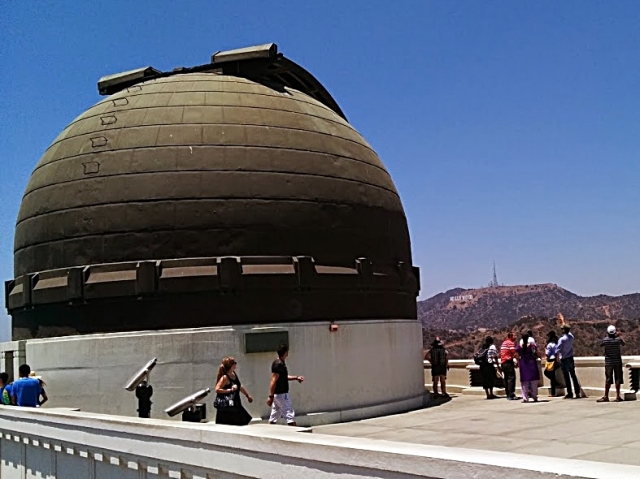 The view towards the Hollywood sign from the roof observation deck. The solar telescope dome is in the foreground. Photo Nick Lomb

The four-year renovations were certainly massive. There was a major refurbishment of the building including removal of the exterior lead-based paint on the concrete surfaces and its replacement with a modern coating that allows the concrete to “breathe”. The old planetarium with its Zeiss projector was completely replaced with laser projectors, new seats and a new perforated projection dome.

As a heritage building it was not possible to expand exhibition space with a new building. Instead the exhibition space inside the existing building was more than doubled to over 6000 square metres by digging underneath the front lawn and the western slope. Such a solution, albeit on a smaller scale has long been suggested for Sydney Observatory as well, but the necessary funds have not been available. 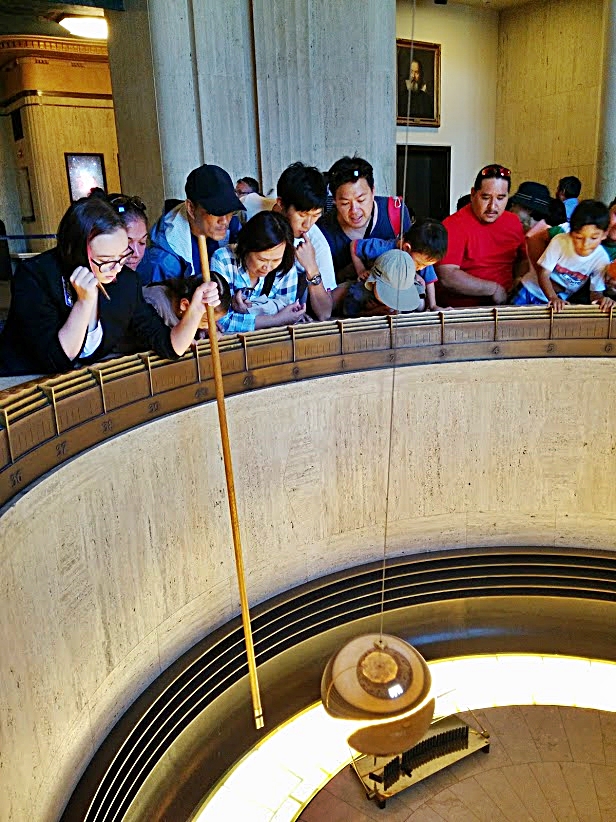 The Foucault pendulum demonstrating the motion of the Earth is near the main observatory entrance. The explainer (far left) is using a long pole to reset the metal pins that the pendulum knocks over in turn. Photo Nick Lomb 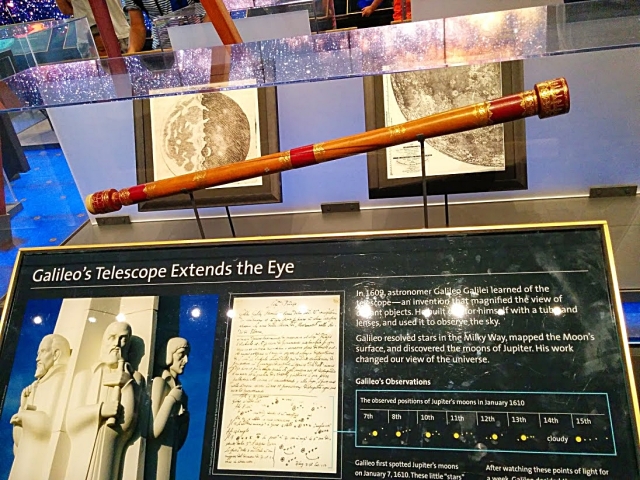 A replica of Galileo’s telescope (similar to that of the Powerhouse Museum) is on display in the Hall of the Eye. Photo Nick Lomb 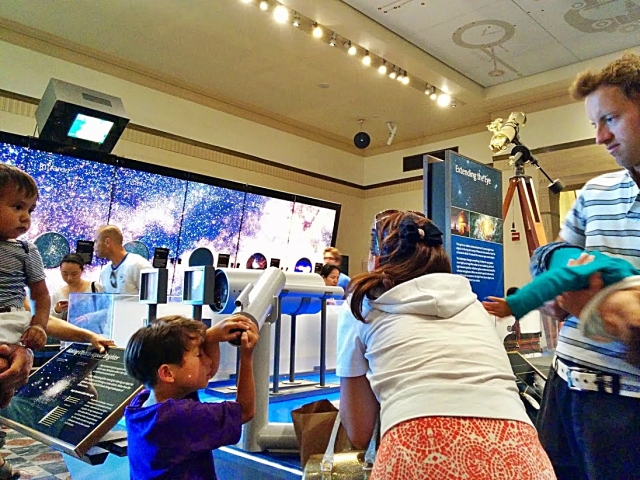 The images from the solar telescope on the roof are sent down to the building for viewing at several spots. Here a view of the Sun in hydrogen alpha light is available together with a live spectrum of a region of the Sun. This particular viewing area is designed to be wheel chair friendly. Photo Nick Lomb 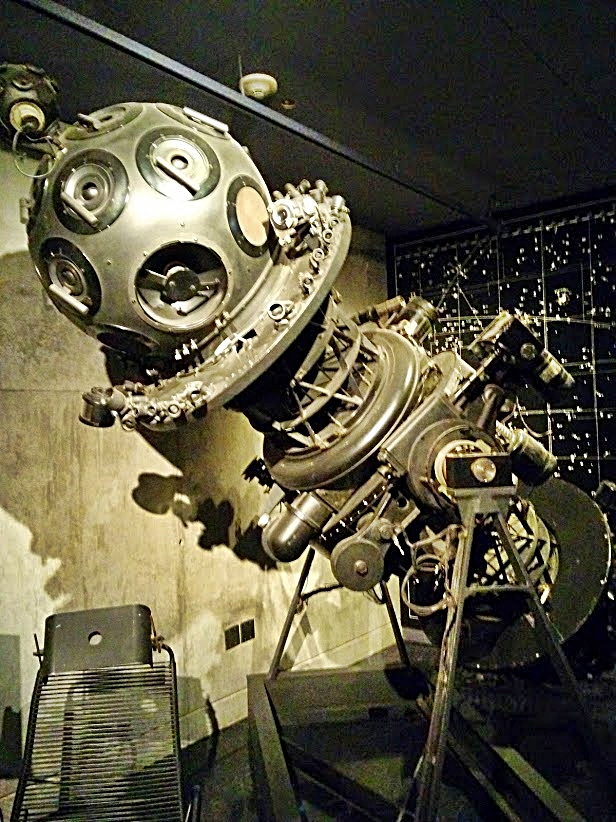 The old Zeiss Mark IV planetarium projector that was used at Griffith Observatory from 1964 to 2002 is on display. Photo Nick Lomb 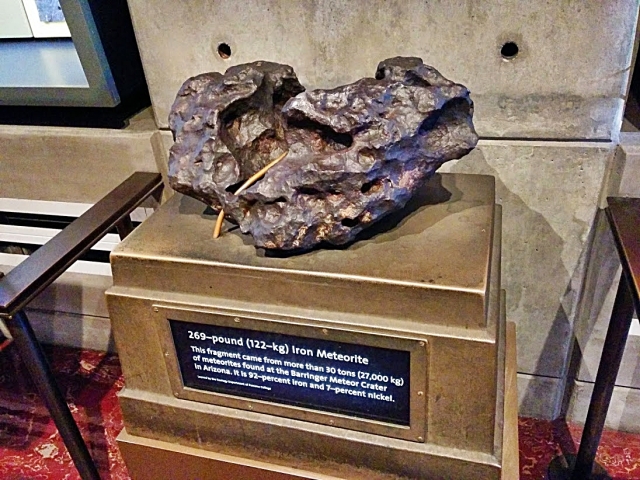 A large iron meteorite found at Barringer Meteor Crater in Arizona can be touched. It is on display in the Edge of Space Mezzanine. Photo Nick Lomb 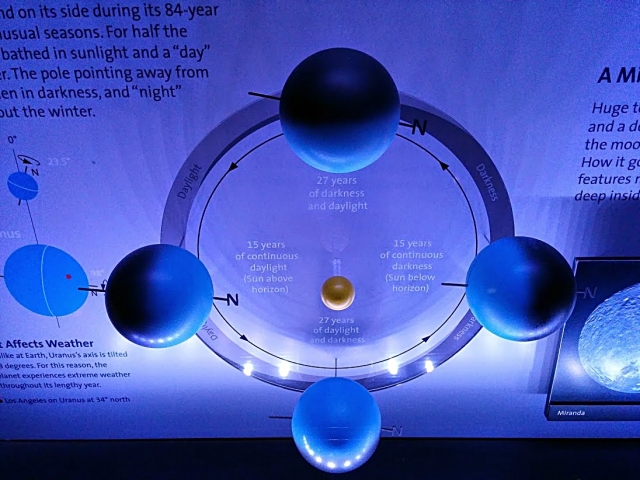 Part of an exhibit on the planet Uranus explaining its long and extreme seasons. Photo Nick Lomb 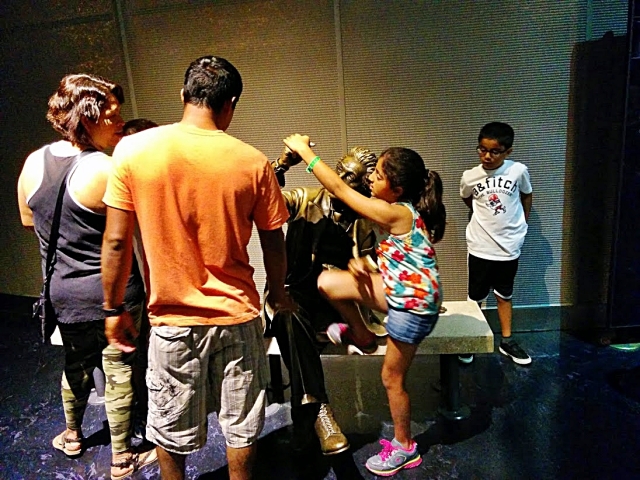 A statue of the scientist Albert Einstein sitting on a bench is a highly interactive exhibit. Photo Nick Lomb 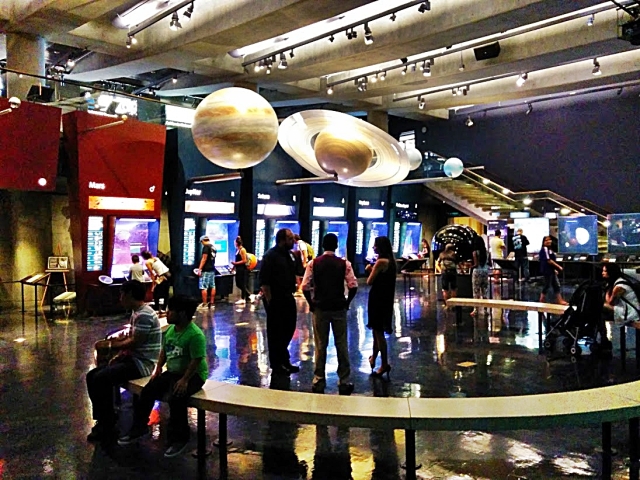 The new Richard and Lois Gunther Depths of Space exhibit gallery is a large space with giant models of the planets. Photo Nick Lomb

This entry was posted in Uncategorized and tagged Griffith Observatory, Los Angeles. Bookmark the permalink.