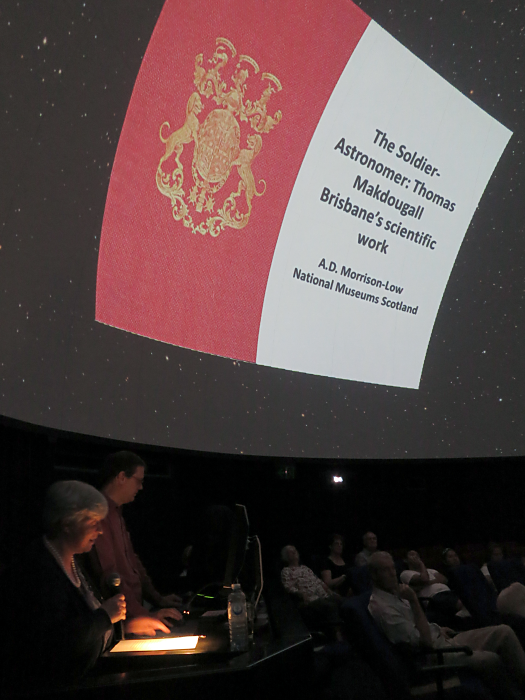 On Saturday, April 9, the Sir Thomas Brisbane Planetarium hosted a free public session entitled “The Soldier-Astronomer: Thomas Makdougall Brisbane’s Scientific Work.” It was presented by Alison Morrison-Low, who has recently retired as a History of Science Curator at the National Museums of Scotland and is now a Research Associate there. Alison is also a recipient of the Royal Scottish Society of Arts Brisbane Medal. We projected the presentation in three directions on the dome to cater for our concentric seating, while we had the stars visible from the latitude of Sir Thomas’s home in Largs, Scotland, drifting by slowly.

Alison covered the life and work of Sir Thomas Brisbane, touching on his service in the British Army, his nearly being shipwrecked in the West Indies and consequently deciding to learn how to navigate by the stars, his observatories in Scotland and Australia and his influence on the scientific community in the 19th century. She also provided an update on plans to restore Sir Thomas Brisbane’s observatory, which has been cleared of overgrowth since I was in Largs in 2011.

After Alison’s presentation, a just-completed bronze of Sir Thomas Brisbane was unveiled by Brisbane local physiotherapist and sculptor Peter Dornan. Peter had thought about doing a bust of Sir Thomas after he and his wife attended our Valentine’s Day special show last year and I related how one day I would like to see a full-size Sir Thomas outside the Planetarium. Peter completed two copies of the bust – one to keep and one may end up in Brisbane City Council’s City Hall. 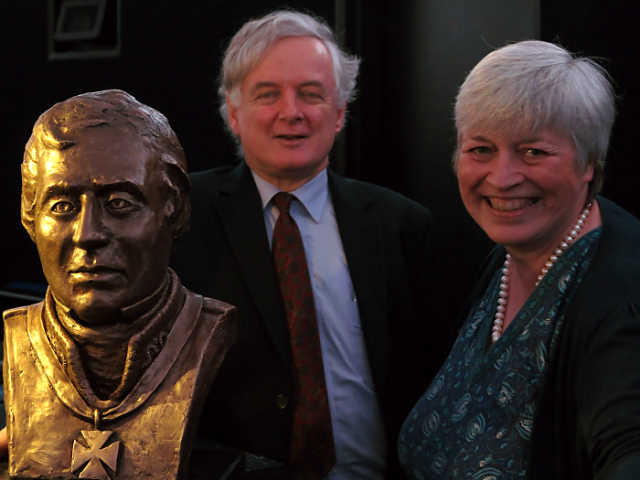 Above: The bronze of Sir Thomas Brisbane with its creator Peter Dornan.

I still hope that one day, a statue of Sir Thomas will grace the lawn outside of the Sir Thomas Brisbane Planetarium to join our bronze of Konstantin Tsiolkovsky, Founder of Cosmonautics, which is extremely popular with visitors.