I haven’t contributed to this group for a while so here are a few bits and pieces.

Two exhibitions to look out for this year, both employing the 6m diameter, 8 x high resolution projector system that is DomeLab. One will be in the National Maritime Museum in Sydney, the other in the National Museum in Canberra. If you are interested in the subject matter feel free to drop me an email.

iDomes are still going strong, installed this at ECU two weeks ago, nice bright high resolution projector (excuse the ceiling, not finished yet). 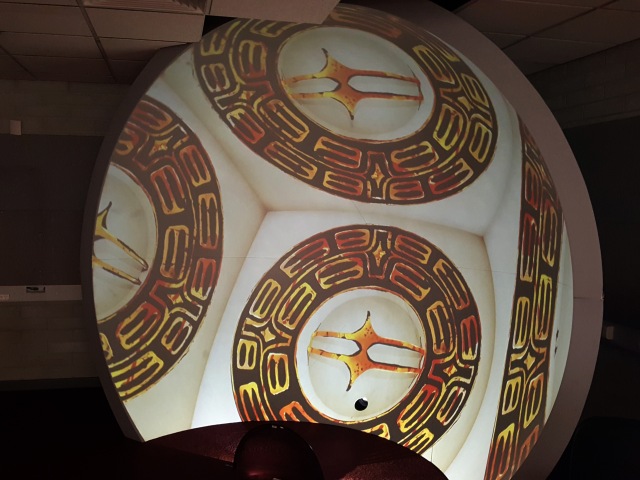 And finally, for those who may be interested in the opportunities of interactive movies in domes, I captured sheep shearing footage a few months ago from the Barossa valley (it’s tough work but someones got to do it). 360 interactive YouTube videos below, set the quality to high but even then it’s a poor representation of the originals which are 8000 pixels x 4000 pixel equirectangular projections, so a match to the creation of a 4K fisheye video.

If you are wondering what they are for, it is training of veterinary students. Obviously they can be interacted with online (as here), in domes such as the iDome, in cylindrical displays and of course head mounted displays.

paulbourke.net
View all posts by Paul Bourke →
This entry was posted in Uncategorized. Bookmark the permalink.