It definitely wasn’t astronomy-friendly weather in Brisbane, Australia today, but we still had five national weather segment crosses from the Sir Thomas Brisbane Planetarium on the Nine Network’s TODAY Show.

Because of Daylight Savings Time in some other states, it meant being at the Planetarium to meet the TV crew around 4am Brisbane time. 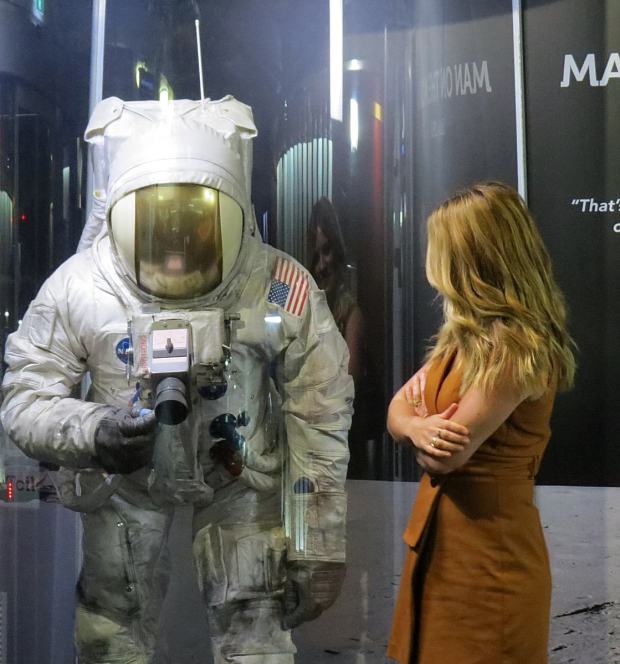 We couldn’t do a cross from outside because of the weather, so we did the first cross from next to one of the Apollo exhibits featuring the replica of Neil Armstrong’s lunar spacesuit and the 1/48th scale Saturn V.

The second cross was from some of the space exploration exhibits and the retired Zeiss Spacemaster projector.

The third cross was a challenge with real-time content on the dome in our Cosmic Skydome. Low light levels made it a challenge for the camera man and being too busy “flying” I was unable to get any photographs.

The rain had stopped near the end of the TODAY show, so we were able to do the fifth and final cross from the Observatory.

It was all done at short notice, but it went well and we appreciate the national publicity.